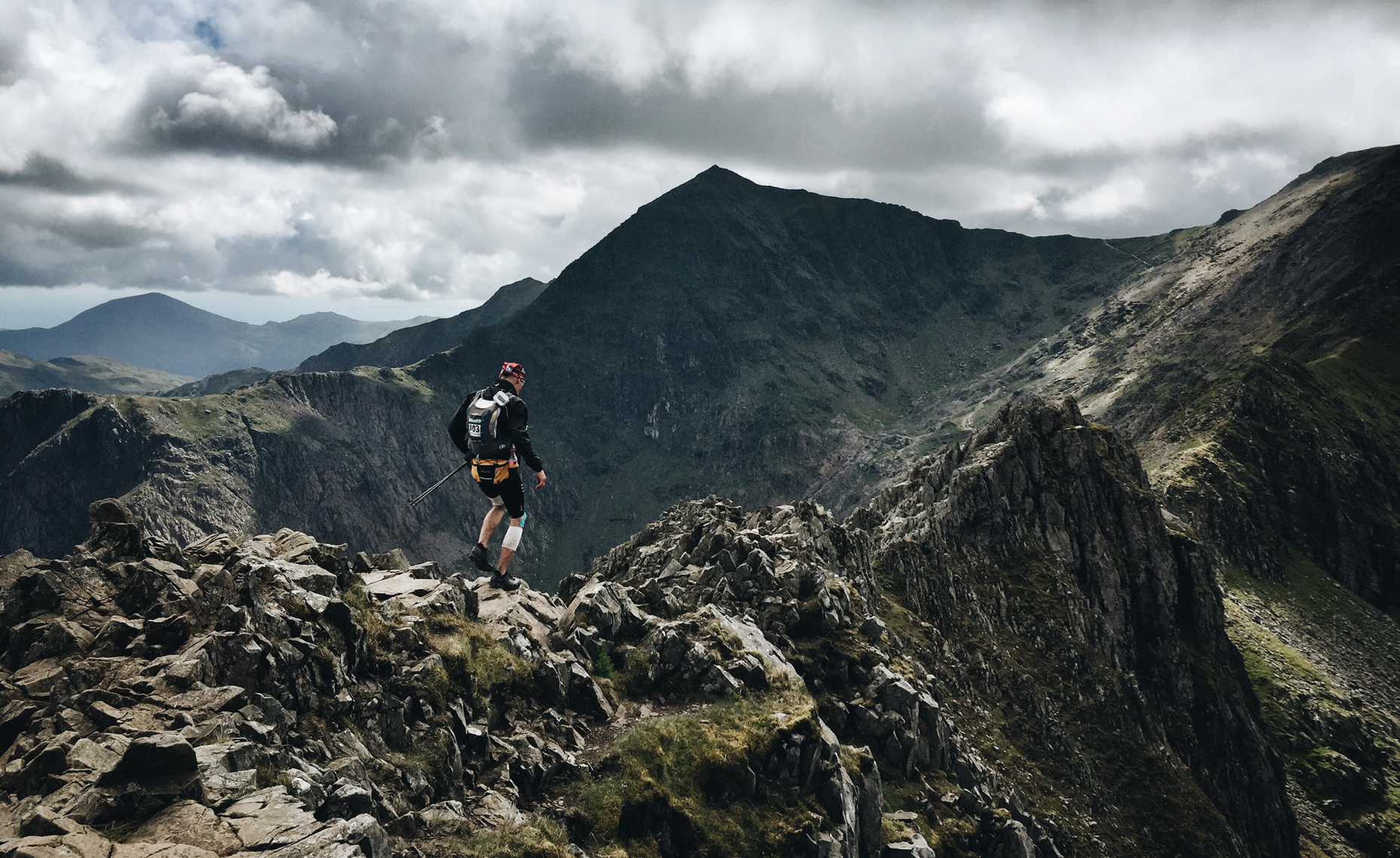 Nicky Spinks, one of the all time great fell runners, has just completed the fastest ever double Bob Graham Round in a mere 45.5 hours, which has inspired us to put together a 'Super Six' round-up of Britain's longest foot races.

NB: Our list doesn't include endless/timed challenges and multi-lap events. That's a whole different world entirely, just check out the Enduroman and Self Transcendence events to find out more.

Starting with the shortest in distance, but arguably the toughest on this list. The first Dragon Back was run in 1992, and after a hiatus of 20 years it is now established as a classic of mountain running endurance.

A stage race of approximately 190 miles over 5 days, with 17,000 metres of ascent across the mountainous spine of Wales from Conwy Castle to Carreg Cennen Castle. Previous mountain experience essential, this is not one for the weekend warriors.

They made a video of the 2012 event which won a series of awards at the Sheffield Adventure Film Festival - watch the trailer and try not to be inspired.

One of the more low-key ultra events, even by fell running standards, but the The Ultra Great Britain is certainly not one to be overlooked. This event requires less technical mountain knowledge and the organisers want everyone who starts to go on and finish. That said it is a non-stop event with a 100 hour cut-off limit covering 200 miles along the Trans-Pennine Trail from Liverpool on the West coast to Hornsea on the East coast. A walk in the park it certainly is not.

The route covers natural and urban trail routes, and could be a good option for those looking for an introduction into serious ultra running.

If not a contender for Britain's toughest, the Cape Wrath Ultra certainly looks to be one of the most stunning.

The route is based on the Cape Wrath Trail, which is considered to be one of the toughest long distance trails in the UK. Unlike the Dragons Back however it doesn't take in too many mountainous peaks, instead mostly following the paths  and tracks through the glens and valleys making it a little more accessible.

At 240 miles over 8 days of semi-supported running in genuine rugged wilderness this is one for the bucket list.

The Spine Race certainly is a contender for Britain's Toughest. As if 268 miles non-stop in 7 days across England's harshest terrain isn't tough enough, the event is run in mid January.

Extremes of weather including gale force winds, snow, mud, ice and of course the distinct lack of daylight hours at this time of year make this event truly demanding.

The route is the entire Pennine Way, widely recognised as one of the most demanding National Trails in Britain. I'm sure it is spectacular - if you get a chance to see any of it.

Notorious is a combination of two already tough ultra challenges to create a 'Super Ultra', and the longest non-stop ultra event in our list.

It combines the 214 mile Severn Challenge and the 184 mile Thames Challenge and connects them with the Thames and Severn Canal, creating a total race of 374 miles.

You will need your own support crew, and there are two camping stations where you can choose to rest, but only for a maximum period of six hours.  It's going to be a long old day.

A fair few people each year do the JOGLE (John o' Groats - Lands End), but the vast majority sensibly chose to do it on a bicycle, which is still quite a challenge. You can however chose to do it on foot and be part of the longest ultra challenge in the UK.

The route is 860 miles over 17 days, varying from 37 miles to 59 miles in any one day. It's all on road so no tricky navigation or mountains to get in the way. And it's fully supported so all you need to do is get up and run each day. Easy.