Coronavirus; what you need to know

You can choose to run a chip time 5k or 10k around the beautiful Greenwich Park passing some of Londons favourite attractions, the Royal Observatory, The National Maritime Museum and the Old Royal Naval College, there is a lot to see including the incredible views across London.

Each KM is accurately marked out with sign posts and we will be there to keep you on track and to cheer you all the way to the finish. Your entry includes free official race photos, chip timed results, unique themed medal, fruit and flapjack and water.

Toilets (a short walk away)

Parking is limited; however, you can arrange your own parking in a number of places. If you want to park right next to the race there are parking spaces more or less on the course. It’s £1.20 per hour (30p per 15 minutes, 4 hour maximum stay).

We will have marshals all around the course as well as km signs and arrows. The course is 3 laps for the 10k on the roads/paths in the park. Please be aware that there will be spectators and members of the public walking around the park on their weekend walk, please be mindful of people, dogs and cyclists. 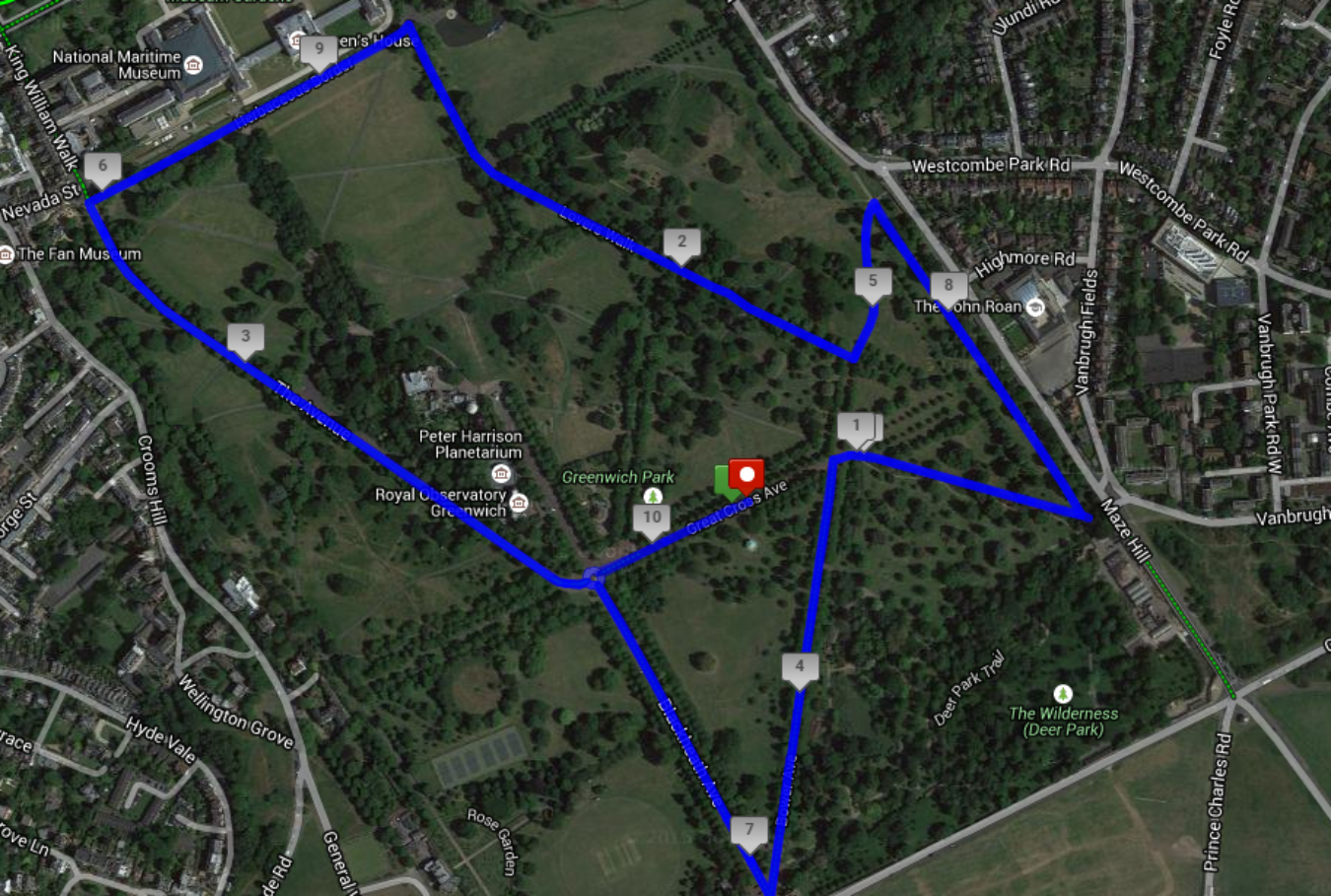 Sorry, booking has closed for this event 🙁

Booking closed on findarace.com. You may still be able to book a place on the event website.