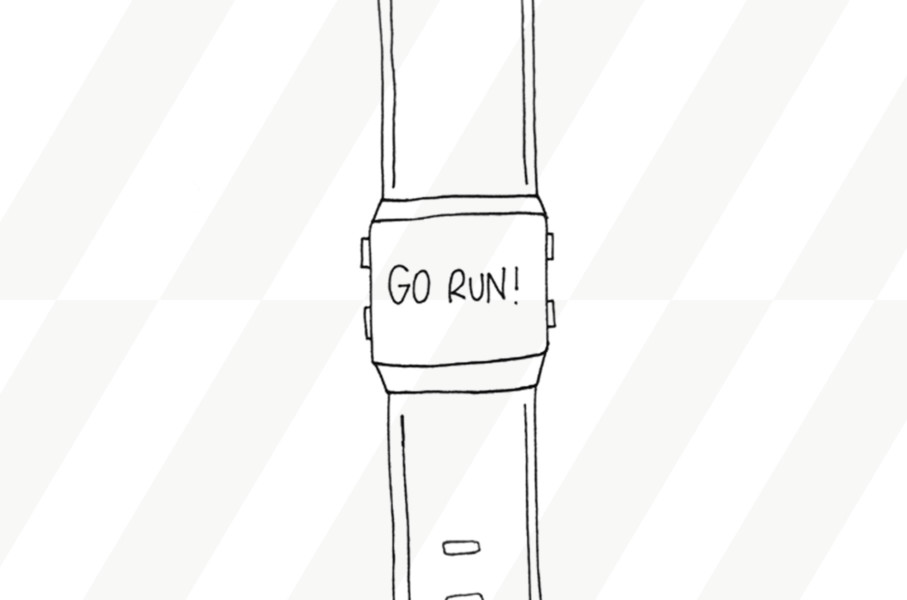 As anyone with a Twitter account will attest, runners can be a bit like train spotters; we tend to be rather passionate about our sport of choice. While passion is arguably the ultimate secret weapon for any sporting endeavor, when it comes to running accessories, it can leave the field divided.

Some runners insist on hitting the road armed to the teeth with the latest technology to accurately map their route. While others, like me, prefer to run naked and free (in a gadget sense). But which is best?

The gadget corner: this is not a Garmin advert

There are valid arguments for both naked and gadget running, but one thing is for sure. Every runner is vehement that their method is the best. In my bid to give the debate a fair airing, I posed the question to Twitter and was inundated with replies.

'I always carry my Garmin, and use it for cycling as well.' Says @AndyWaterman. 'I like to know my heart rate – it stops me going too hard on easy days and tells me if I'm trying hard enough when I do more intense stuff. And when I go to new places, I can plan routes in advance and follow them really easily: I was in Spain recently and did some amazing solo trail runs – one had 900m of elevation in 11km! I would never have tried that without the security of knowing where I was and where I was going.'

@Rundembear agrees. 'The one gadget I pretty much never go running without is my Garmin. It serves so many different functions for me. The training regimen I follow specifies almost all of my runs by time and effort, rather than by distance. Once I push the start button I just let the watch tell me what to stop and when to start up again. Which means that I can work on running all out, try not to look at the watch at all, and not worry that I will get the timing wrong.'

@accentis is dead set against naked running. 'I just can't run naked. I've tried. It's naughty. I don't feel liberated at all. Naked running is not for me. I NEED my Garmin to run.'

'I've been known to cancel a run if my watch isn't charged!' says @Redazril. 'I never run without it. Partly because I've set yearly goals and every run logged adds to that goal, and secondly I like to know how far I've run and how fast I'm running. The amount of information available with GPS watches is incredible. I honestly don't think I'd enjoy running as much if I didn't have a GPS watch.'

@josiearden is passionate about her technology. 'I'm rubbish at pacing so it keeps me on the straight and narrow by always telling me what speed I'm running. Also it's a watch. It doesn't weigh you down, you don't have to stop, remove it from your arm and press buttons before you can read it. It also IS an actual watch.'

'I think my Garmin-love pretty much reflects my personality,' says @SweatyCityGirl. 'I'm a bit of a control freak, I like structure and I like numbers. A lot of my enjoyment of running comes from hitting goals and seeing measurable progression in my training.'

@Griffalo1977 credits gadgets with improving his running. 'Being able to map, pace and understand my running transformed my times and training sessions. My PB for the marathon has improved by 38 minutes in just three years. If you want to improve then a GPS watch is a must.'

Running naked appeals to @MilkE73, but he's still addicted to his watch. 'I do like the idea of running totally pure – given I like to carry as little as possible – but I'm too scared to go out without my Garmin. How would I know how fast or slow I'm going?! I'd probably end up running too fast; and how would I know when it's time to go home?'

The naked corner: Hippies do it better

My Twitter friends made some good points. But as a free-spirited runner, I prefer to run naked without the added stress of a GPS or heart rate monitor putting me under unnecessary pressure. This hasn't always been the case though; my quest for nudity is largely down to my recent running renaissance.

Like many runners, upon first discovering the joys of running, I quickly stepped up from a 5K to a marathon in under a year. As I started to progress, speed became the central focus, and the best way to get faster is to get with the digital programme. But as I got faster and trained harder, I became entirely disillusioned with the spirit of running and stopped enjoying myself.

When I look back at my running journey, the races I recall most fondly were spent high-fiving kids and dancing to the crowds without casting a single glance at my watch. At my peak, my glorious sub-2 half marathon PB moment was 1 hour and 59 minutes of misery with projectile vomit at the end. After inevitably injuring myself, I realised something had to change.

Post injury, as part of my reintroduction back into my favourite sport, I eBayed all my watches and spent six months skipping happily around the park at my own pace. As a naked runner, I tend to run as fast as the person I'm with, or as slow as the wind. I have absolutely no way of officially gauging how fast I run, and I don't give a rat's arse.

As I prepare to embark on racing after taking time out, invariably pacing has reared its speedy head. Determined to do it the right way this time, instead of buying a watch, I studied Chi-Running and invested in a pair of minimalist running shoes. This may sound like hippy hogwash, but Chi-Running has taught me how to self-regulate. I can work out roughly how far or how fast I'm going if I listen to the most important technology there is on offer, my own body. But ultimately, what's the most important part of running anyway, clocking a good time or having a good time? I know which one I prefer.

Gadget fanatic @rundembear perhaps puts it best of all. 'If it is the right gadget for you, it really can help support your training goals and assist you in becoming a better runner. But the gadget can also get in your way. Make sure that the technology is working for you, and that you are not working for the technology.'

Gadget or naked running, which do you prefer? Send us a tweet @findarace

Rhalou is a journalist, editor, disco leopard warrior, diehard disciple of the cult of running and just about the best thing on twitter. Join her at @rhalou. 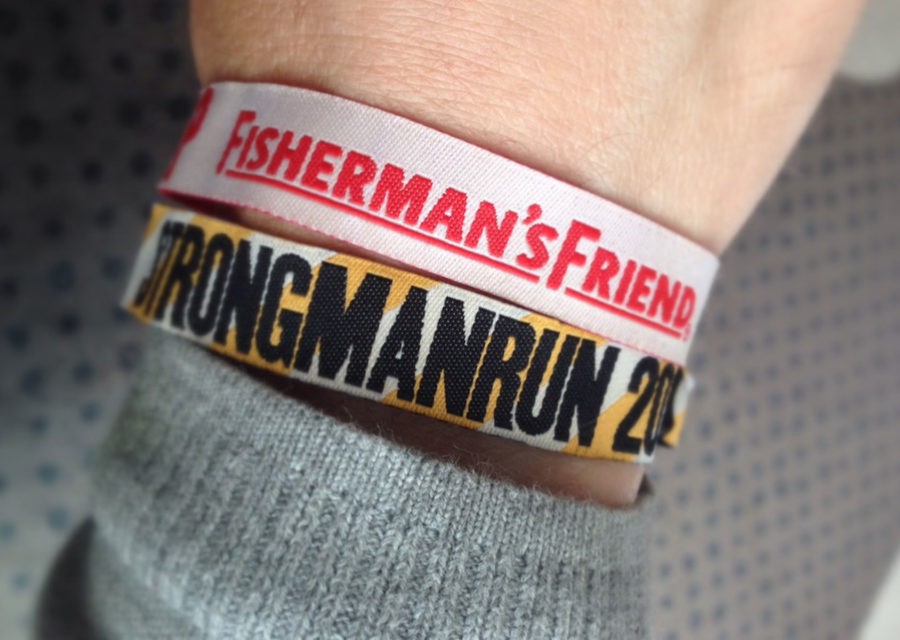 We've been invited to join Fisherman's Friends 'Team GB' and take on the world's biggest obstacle race - the Strongman Run in the Nurburgring.