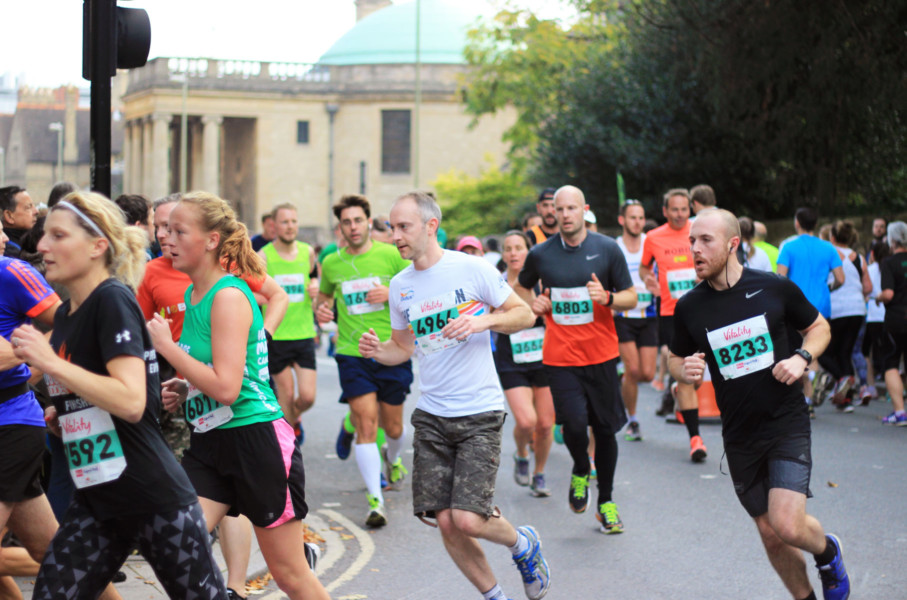 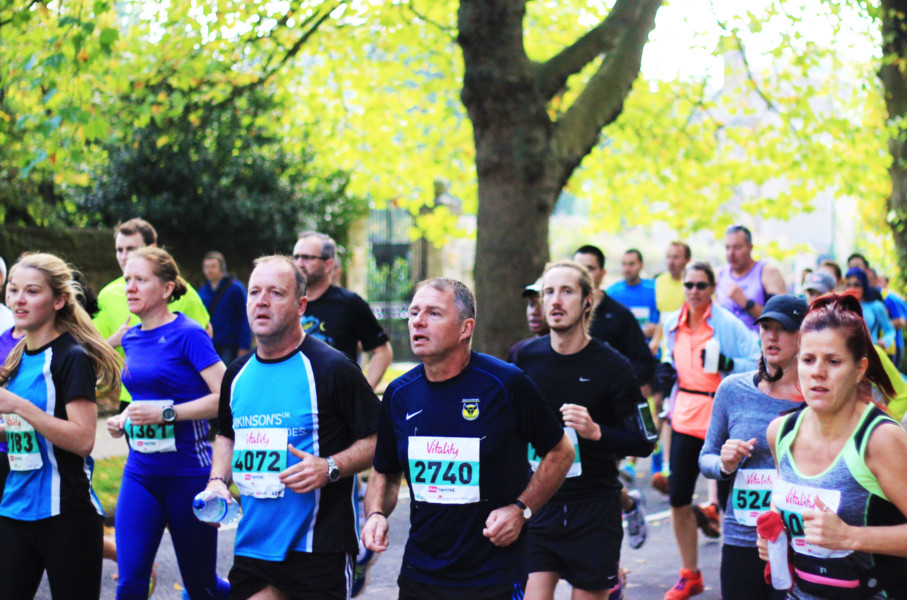 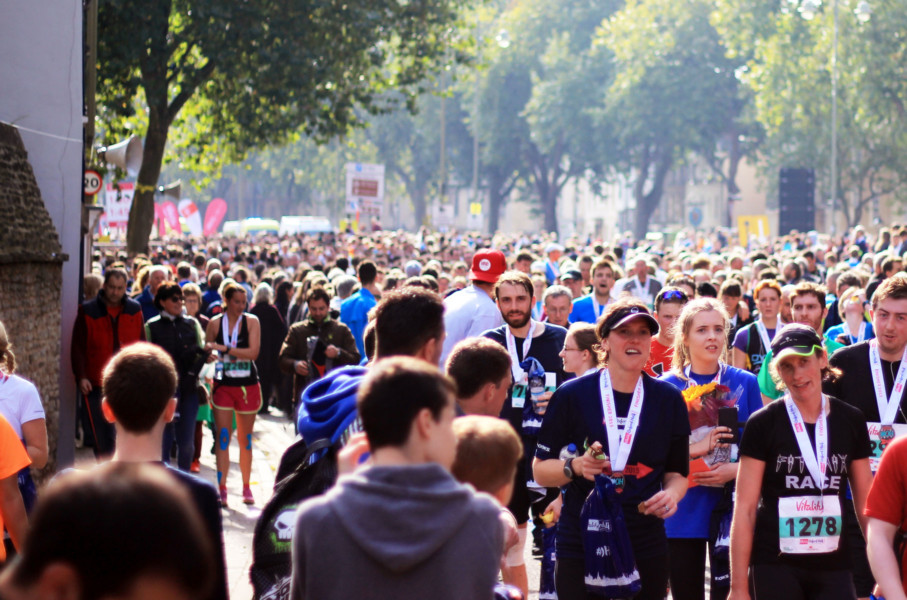 If someone said to you “pick a nice UK city to do a half marathon”, the chances are Oxford is going to crop up somewhere in your thought process. As cities go it’s got a lot going for it; architecture, history, parks, a pretty good university. It’s even got the door and lamppost that gave C.S. Lewis the inspiration for Narnia, so we’re told, we didn’t actually have time to find it.

And we like to turn races into weekend trips at The Allrounder. Its pretty much the main reason we do marathons abroad. Even better when you’ve never visited the places before (yep, never been to Oxford until now. Ridiculous).

So yeah, we were pretty excited about doing the Vitality Oxford Half. Luckily the weather was perfect: sunny, not too warm, bit of a breeze. Everything was going swimingly. We left the hotel and headed over to the race village which, as seems to be the case with all Vitality events, was well organised. The baggage area was massive, there were changing rooms, and the information desk crew were very quick at dealing with our lost race pack issue. Possibly could have done with some urinals to relieve toilet queuing, but we always say that.

So what about the actual race itself? Well, with over 7,000 finishers it was a pretty big event. It took a couple of miles for the runners to spread out as we made our way down the Oxford streets. But after a bit there were big open roads to claim a spot on (save for a little section through a park which was almost single file).

There were tough parts of the course. A long main road which led out to Marston was a real slog, especially on the way back when you realise it’s a slight incline for a couple of miles. But you generally get those in most races with a small central area.

Coming back into Oxford was when the location really kicked. The streets were lined with cheering crowds as runners attempted to pick up the pace towards the end. And what an end. It’s not often we’ve seen so many people lining up on the final stretch before, even at some of the other Vitality events. 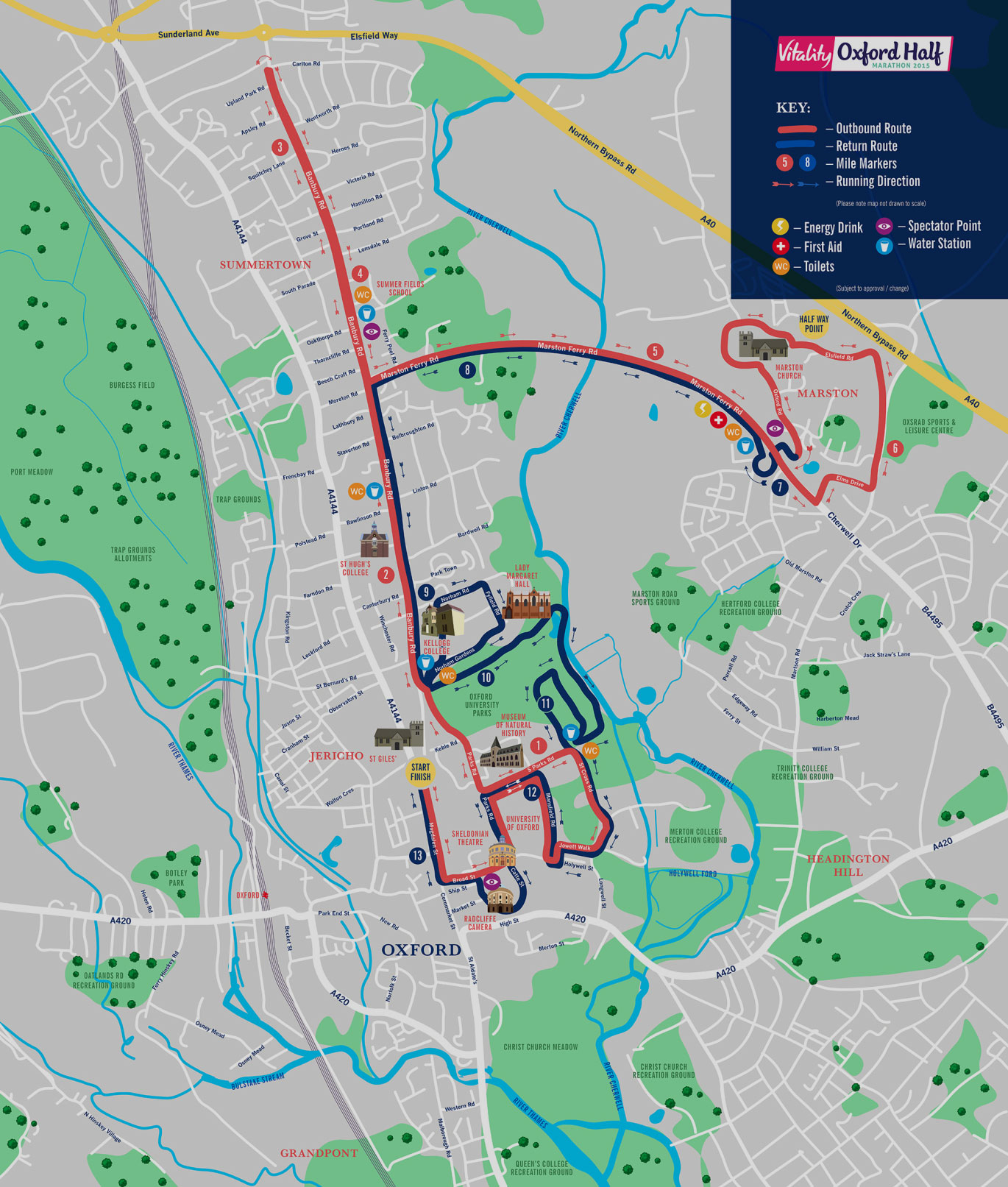 After a summer of beer gardens and holidaying, we weren’t at peak performance. But sometimes a race isn’t just about time, sometimes is just to have a nice day out. Even if you do want to pass out at the end. And Oxford is a great place for a day out.

Excellent organisation friendly marshals, a sweet medal and a goodie bag that meant we didn’t have to buy any dinner, all added to what was already a pretty damn nice race. Well worth putting in your calendar for next year.

Race report by The All Rounder's Tom Wheatley. The Allrounder is a blog made by people who enjoy fitness but also drink, eat pizza and go to bed late. In Tom's words "Sometimes we’re in good shape, sometimes we’re not. We don’t like feeling guilty about it though. For us fitness is something that slots into your life without becoming a chore. You just have to try a few things out to work out what’s best for you." Amen to that.

We're always looking for good event reviews so if you'd like to contribute to Find a Race, it would be great to hear from you: hello@findarace.com 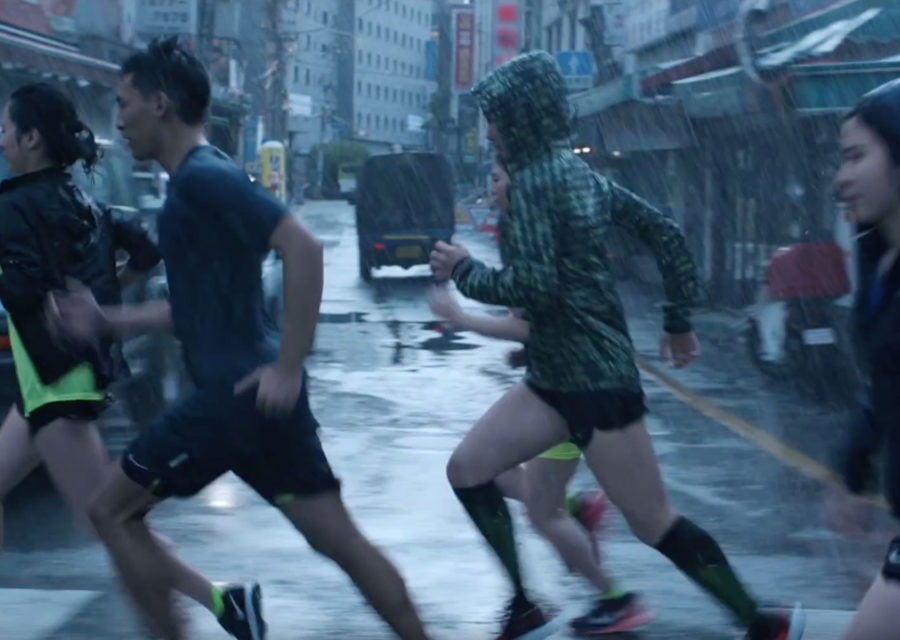 There's nothing like a video to help get you out the door - even when the weather's got 'sofa' written all over it.