Sunday 2 May 2021
Bournemouth, Dorset
Gift this race
About Gifting

This event is a low tide beach run along the beautiful shoreline of Bournemouth Beach, heading out towards Sandbanks Beach. You start and finish on the West side of the Pier. The groynes will slow you down which is all part of the fun. 5km and 10km distances available.

The event will be COVID Secure and run under socially distancing conditions plus comply with track and trace. You will be allocated an arrival and start time, these will be staggered throughout the morning. Groups will start with individuals being 2m apart. Start times will be from 8:30am.

Medal for all finishers

NOTE - Due to Covid there will be no water station on the run, please run with your own water.

From London/M3 Corridor: If you’re travelling from London or anywhere along the M3 corridor, take the M3 southbound towards Southampton. Where the M3 joins the M27 follow the westbound directions for Bournemouth.

From the Midlands and North: Head for Oxford and join the A34 dual carriageway. The A34 will take you south as far as Winchester. At Winchester, join the M3 southbound and follow the directions given above.

From the Sussex/Kent coast: Take the A27 to the M27. At its western end the M27 becomes the A31 dual carriageway as it crosses the New Forest. Shortly after the town of Ringwood, exit left on to the A338 dual carriageway and follow the signs for Bournemouth.

From the South West: The most direct route from the south-west is to head for Wimborne using the A35. At Wimborne join the A31 and follow the signs.

By Bus and Coach

Bournemouth has a great bus service with regular routes to Poole, Bournemouth Railway Station and Christchurch. There are also buses which go further out to Salisbury, Swanage and the Purbecks.

Bournemouth is well served by the rail network with three local railway stations – the main Bournemouth station, Pokesdown to the East and Branksome to the West. There is an excellent train service to and from various locations around Britain, as well as a fast service from London Waterloo in as little as 97 minutes.

Many lines also serve Southampton, Winchester and Basingstoke to the East and Poole, Wareham, Dorchester and Weymouth to the West. Other train lines serve destinations to the North with direct trains to Reading, Oxford, Birmingham & the Midlands, Manchester and the Northwest, Yorkshire (Sheffield, Leeds, York), Newcastle, Edinburgh and Glasgow in Scotland. It's about a 20 minute walk to the Pier from the main staton.

There are always questions that you might have, the common ones are answered below.

Is this event going ahead?
Yes, the event will be ran in a socially distanced way. There will be small groups starting, all able to keep 2m apart. The event is subject to Government Guidelines, and subject to any local restrictions.

What time does it start?
The run will start from 07:00am with the last runners starting at 8:00am allowing everyone to socially distance.

Is there a medal?
Yes there is a medal for ALL finishers

Can I run with my dog?
Unfortunately not for the Summer Beach Race but we also have a Winter Beach Race which you are able to run with your dog, as long as they are on a suitable running harness.

Will there be an aid station?
Due to COVID-19 we encourage all runners to be self sufficient and carry their own water. There will not be a water station on the course. A bottle of water will be available at the finish line. Please recycle where you can.

Can I run with a friend?
Yes! Although outdoor sport is exempt from the rule of 6 we do ask you to follow the Government guidelines so if any groups of more than 6 start to form we will ask you to separate.

Do I need a face covering?
The event is all outdoors, however we do ask you to wear a face covering when collecting your race number at registration and waiting to start. You do not need to wear one whilst running.

Can children take part?
Yes! The minimum age is 7 and all children remain the responsibility of and must be supervised at all times, by their parent or guardian WHO MUST BE TAKING PART THEMSELVES.

Marshalling is a super fun day out! You can really make a huge difference to the enjoyment of the participants!

As a thanks from us, you will receive a free entry to any of our events. 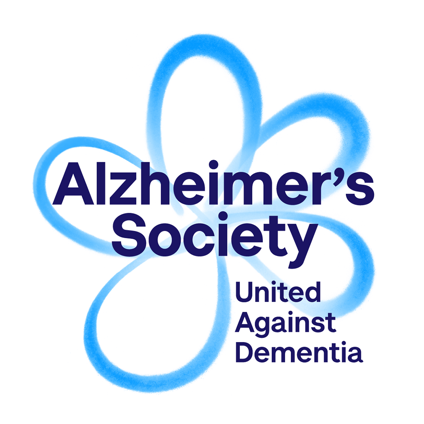