Win goals and gear. Book any race to enter - It's Goal Time!

Kickstart the Christmas period and join us at the Olympic Park for a unique 5k or 10k event. The flat and fast course is the perfect opportunity for a chip timed personal best, whether this is your first race or your 50th!

Starting at 7pm, you can chose to run a quick 5k, or take on a full 10k. As always with a RunThrough event each kilometer will be accurately marked out, and there will be plenty of signs and marshals around the course to keep you going all the way to the finish!

Public transport is the best and easiest way to get to and from the Park – by train, underground, bus or bicycle.

If you are exiting out of Stratford Underground Station – take escalator or lift up to ‘The Street’ (which is the outdoor part of Westfield Shopping Centre) – follow it along, bear right at Fountain Square toward John Lewis and then left at Jamie’s Italian. At the end of the passage, cross the road into the Park.

Train: The nearest stations are Stratford station and Stratford International, both provide step-free access from entrance to platform.

You can also enter the Park via Hackney Wick station which is on the London Overground.

Bus: The 388 bus runs between Blackfriars in central London and Stratford City near the station entrance, going through the Park and stopping at the Copper Box Arena and Westfield Avenue near the London Aquatics Centre.

The 308 bus runs between Clapton to Wanstead via Stratford City near the station entrance and Celebration Avenue in East Village.

The 339 bus runs between Leytonstone and Shadwell, with stops at Stratford City near the station entrance, the London Aquatics Centre, and on Carpenters Road at King’s Yard before exiting the Park at White Post Lane.

The D8 bus runs between Crossharbour and Stratford International bus station, going through the Park including Carpenters Road and Pool Street (by the London Aquatics Centre). 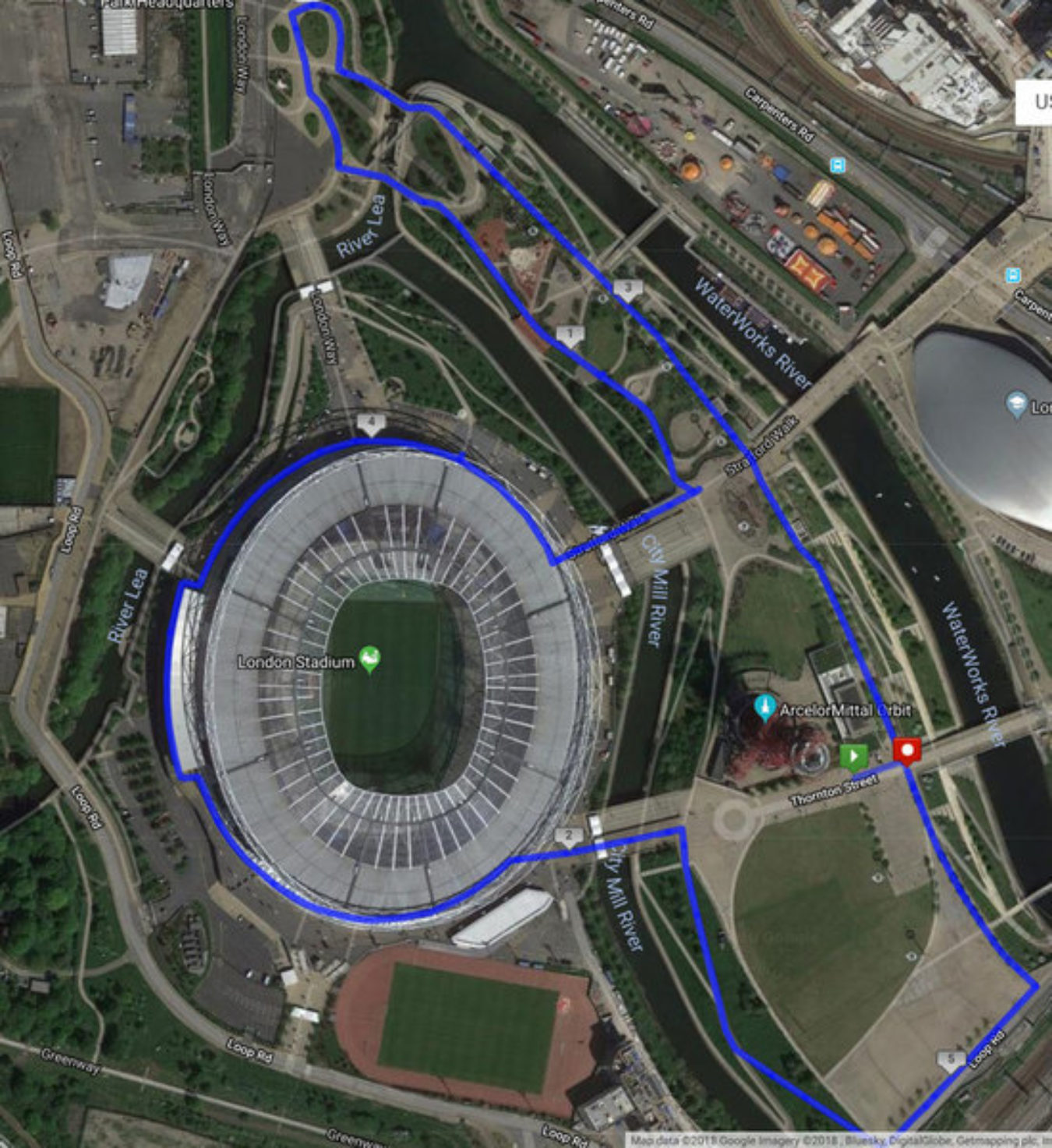 Baggage: We will have a secure area where you can leave your baggage. We recommend you bring as little as possible. Your baggage tag is attached to your race number, you simply tear it off and attach to your bag. To collect, all you have to do show you number to the baggage tent staff and they will help you.

Write a review and you’ll be entered into a monthly draw to win £500 worth of kit from Pro:Direct Running.

Book a race before the end of January and you'll be in with a chance of winning free entries to some of the UK's best running events, plus a fresh pair running shoes to train in.

Go back to the site

or find out more here.

*Excluding the Great North Run. Details of all the prizes and competition terms and conditions can be found here.